It started in 2011 with a chocolate emporium that would “create a home for true chocolate lovers” when York Cocoa House opened their doors for the first time. This year, they took it further and opened their own chocolate manufactory, in the heart of the Viking city where they produce chocolate from scratch. Located on the site that was once used as a store for M A Cravens and Son in the 1800s, one of the original chocolate-making companies in York, York Cocoa Works keeps the city’s title of ‘The Chocolate City,’ alive. Tours run every day to give visitors an insight into the history of chocolate in York as well as the company themselves and concludes with a mini tasting session.

We were shown around the manufactory by James, who really impressed us with the amount of in-depth knowledge he had on chocolate. The tour started with some information on the background of the company and an introduction to cocoa beans and the nibs they contain. We tried two different types of bean, which tasted nothing like chocolate all to the point that I felt a little betrayed. Then my family and I tried our hand at grinding them up and separating the nibs from the shell on their smaller machines used for experimenting with new types of chocolate. As we started the tour in the testing room, we also got a sneak peek of some products they are working on, including chocolate liqueur.

After a quick trip to see all the ethically sourced cocoa beans in their store, James took us through the chocolate making process from roasting to the final tempering, before they are packaged. We didn’t get to go inside the rooms where the magic happens but everything is visible through windows to make any visitors comfortable in knowing what is happening to their food. The machines we had used earlier to prepare the beans were now much larger and significantly taller than me.

My favourite part was the chocolate tasting at the end of the tour. What I never realised before visiting the York Cocoa Works is that the taste of the chocolate is hugely impacted by the type of cocoa bean that is used. When we visited the bean store, we saw different types from around the world, including some from lesser-known cocoa producing countries such as India. James had laid out six different types of chocolate for us to try which had the same cocoa percentage so we could compare and distinguish tastes easier. He talked us through every chocolate we tried but left it up to us to decide on the flavours because all our taste buds are different. 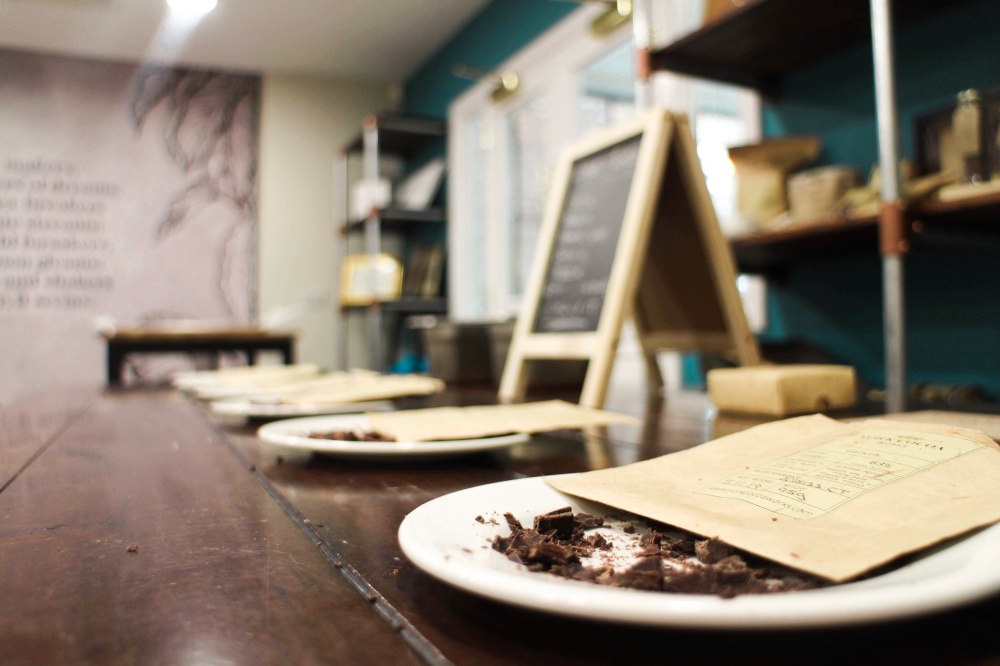 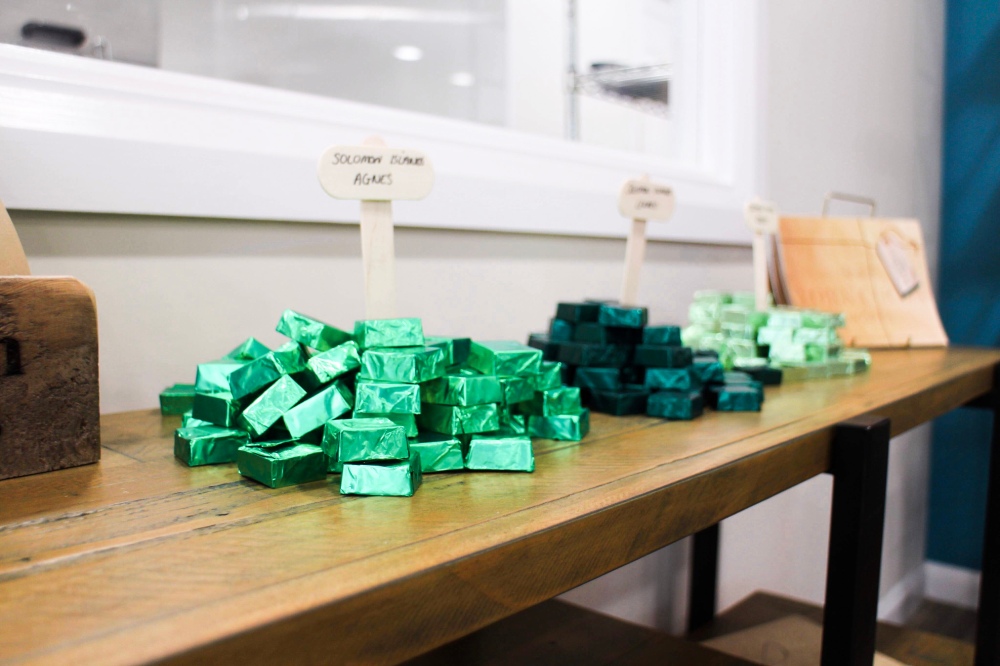 The chocolate that I liked the most was, ‘Mountains of the Moon,’ because it tasted sweeter than the others but still had its own unique taste that distinguished it from chocolate you would buy in a supermarket.  I’m not sure how to describe it in terms of ‘fruitiness’ or ‘nuttiness’ but it is written on the packaging based on public opinion. Whilst visiting the York Cocoa Works, I also tried chocolate that was 100% cocoa and was extremely bitter. Though having a lineup of different chocolate intensities helped me to understand what my personal preferences are for my sweet tooth.

I loved how the tour was so personal, compared to others such as Cadbury World in Birmingham. As it was just my family on the tour I didn’t feel awkward asking questions or sneaking an extra nibble or two of chocolate. I would highly recommend a visit to the York Cocoa Works to anyone who is visiting the city, especially if you’re a foodie person. If you’d rather just eat, there is, of course, the original York Cocoa House on Blake Street. My family and I walked away from the manufactory having bought over ten bars of chocolate and thanks to James, I gained some new gold stickers for my cello case

Don’t forget to save it for later on Pinterest!