I love to eat, I love Paris and I love to eat in Paris. I keep looking at pictures I took of numerous crêpes I had in June so thought I would write a blog post about some of my favourite things I ate whilst on holiday. I am fully aware that are many more eateries I have yet to discover in Paris so these are just my favourites from my recent trip until I can update this post. Despite the fact that Dan and I walked for miles and miles on our week, there is no denying the fact that my stomach got a little rounder as a result of all the food I ate, whoopsie!

I discovered Amornio gelaterias when scrolling through Pinterest for good places to eat in Paris. I was stunned by how pretty their ice cream was and immediately added it to my list of ‘must visit’ places. It was some of the best gelato I’ve ever had, up there with what I had in Italy last year. Amorino has locations all over Paris so we took a slight detour past Rue Cler whilst on our way to Les Invalides after visiting the Eiffel Tower. It was absolutely scorching that day and I got a little (a lot) sunburnt so there was nothing better than having a sweet treat to help cool down. I chose a ‘le cornet classique,’ with the flavours, lime & basil, chocolate and melon. The flower presentation is gorgeous and I took so many pictures of it that it started to melt on my hand. 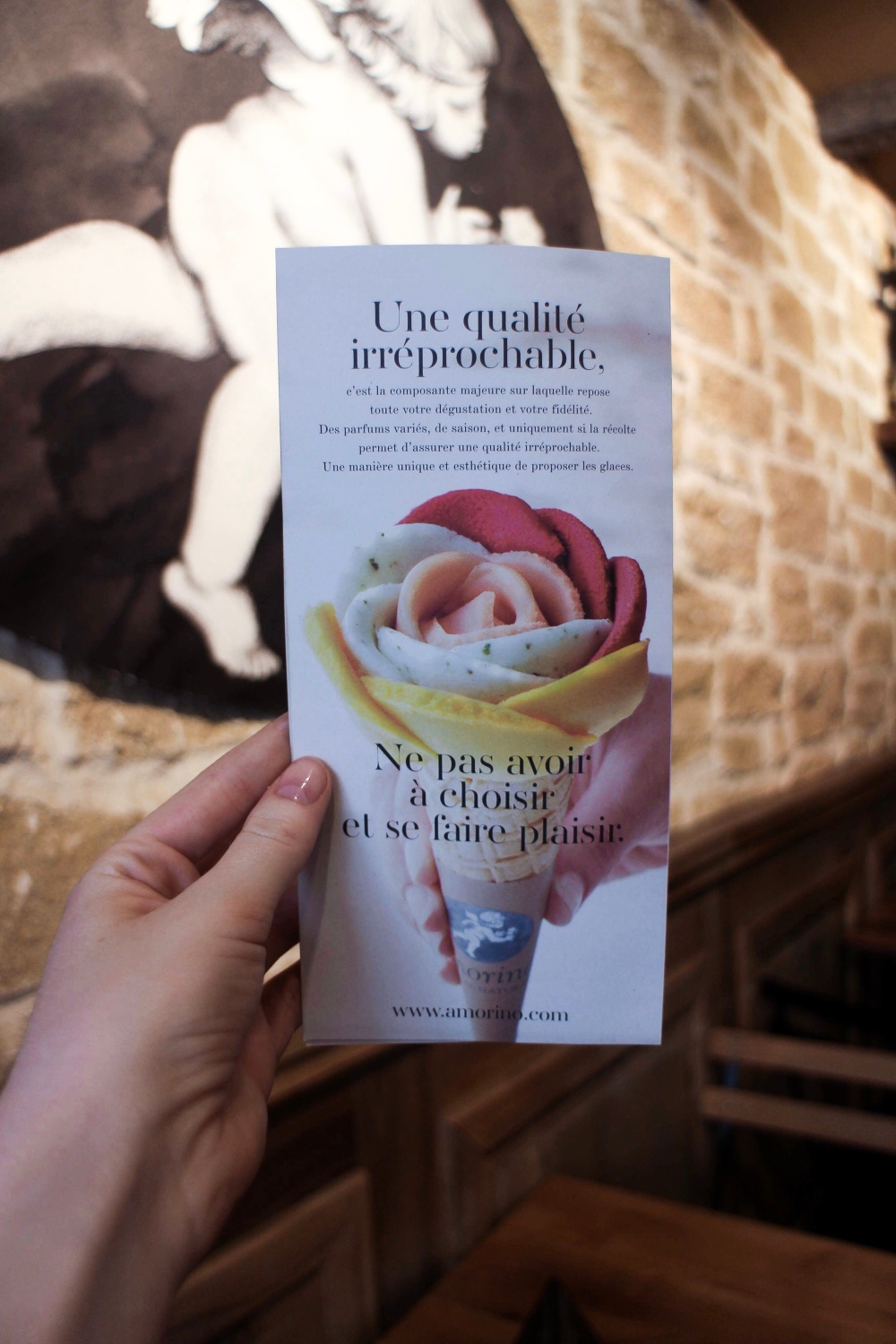 I obviously didn’t go for traditional ice cream flavours but they were so delicious I could have easily had many more helpings. Basil is my favourite herb so to have it in ice cream intrigued me. It tasted more of the lime than it did the basil, which I’m not entirely surprised by, but it was really tasty and in my opinion complimented the chocolate. Amorino are based all over Europe so I’d really recommend visiting if you can, I’ll hopefully go in London before the end of the year.

When in France, we were obviously going to have a fair few crêpes on our holiday but I feel like it’s acceptable as I’m not at home. While we were away my friend Olesya tagged me in a video that highlighted some of the most amazing food that was available in Paris. Brother’s Crêpes and Café was one of the eateries mentioned and was within walking distance of our Airbnb.

They created savoury crêpes like nowhere I’ve ever seen. The pizza style fillings with tomato sauce and melted cheese were mouth-wateringly good. Being the fanatic that I am, I also treated myself to an Oreo milkshake to complete my lunch. I will most definitely be going back when I am next in Paris, I’m all for their ‘diner’ style interior and amazing food.

If you visit Paris, be prepared to eat a lot of meat and chips. I do love the combination but by the end of the week, I was in the mood for something a little more exciting. That being said on a little evening date to Pompidou, Dan and I ate at a little restaurant, directly across from the modern building called Bistrot du Centre. The world cup game between Germany and Sweden was playing so the seats outside were all taken and a little rowdy but inside it was fairly quiet and had a lovely atmosphere.

I attempted to use my very basic french skills to translate the menu as there was no English provided but wasn’t very successful. I took a gamble on some pork that I couldn’t wholly understand but seemed to be slightly different from the burgers I’d been eating thus far.

My goodness! It was divine and definitely my favourite meal that I ate in Paris. The pork was so tender in the middle and came with some delicious linguine, I could have cried from how good it was. The only potential downside was that it was so incredibly filling that I had no room for dessert so I couldn’t try more of their wonderful food. I was living the dream of being out in my favourite city, wearing a gorgeous dress and eating delicious food with my handsome boyfriend.

When (if) I move to Paris,  I will most definitely have some sort of sweet treat for breakfast every day. On our holiday Dan and I made our way to the metro station at Place de Clichy and picked up crêpes to eat from Le Wepler for the most important meal of the day. It was a little sad that they weren’t made fresh in front of our eyes like on the Champ des Mars but they were so delicious we went back more than once. I felt a little awkward eating my food standing up on the street, especially as it’s frowned upon in France but there wasn’t really another option. The favourite one I had was the, ‘cannelle et sucre’ (cinnamon and sugar) and at only 2.5€ was perhaps some of the best money I spent.

I’m not ashamed to say that I think about food a lot of the time and the ones I’ve just mentioned in particular. I can’t wait to go back to France and eat some more adventurous foods (I’ve yet to try escargot) but I’m sure I won’t be able to stay away from Paris when I go interrailing next year. Until then I shall dream of eating some macarons on the banks of the Seine and practice my French until I move to my favourite city in the world.