Until recently, when I was reflecting back on 2018, I never understood people who said they had had the ‘best and worst year.’ As I get older I feel that time passes more quickly and that I can’t do everything I want to because being an adult has to come first. My 18th birthday was almost a year ago and I still struggle to comprehend that I am legally an adult who has many more responsibilities. I started the year still living in university halls, with long hair, an awful side fringe and no real hobbies and now I’m in a flat with some of my best friends writing on a blog that I really enjoy.

Back in January when I got my hair cut and my nose pierced, I was hoping that it would give me a more positive outlook on life that I was really hoping for. It did help me leave some of the stresses from my first semester at university behind for a while and starting my blog at that time really helped too. My new attitude was around for a few months but the isolation that I felt in my university halls had already affected my mood in a more permanent way that couldn’t be fixed by a fringe. In the later months of 2018 it became more apparent that my mental health issues had been around for a lot longer than I had originally thought but during my first year at university, it all went downhill at a more exponential pace.

I did, however, make it out in one piece and for that, I am so proud. I had so many doubts in myself and my abilities before moving to Edinburgh that I considered not going. I’m glad I did in the end because it helped me to develop my self-awareness and the limits of my capabilities, especially in times when I feel too anxious to function. It took my first semester to get used to being away from home so when the new year of 2018 rolled around I saw it as a chance to reinvent my life and get out of bad habits.

In the end, I feel like I failed myself.

I had so many ambitions for 2018 that were supposed to help me better myself and become more confident in the decisions that I make but in the end, I only held myself back further. I’m not ashamed of having depression and anxiety but I am ashamed of how they can cause me to react in situations. I’ve cried in public more times than I can count and had panic attacks in front of someone I just met when trying to make a good impression. I had counselling for a month with the university services and I really believed they helped me distinguish some of the potential reasons as to why I am this way. I was sad when my sessions came to an end but I’m hoping to continue with something similar in the new year when I am finally able to register with a GP.

Though 2018 was not all doom and gloom. I still achieved some of the goals that I had set out to do, some of which I wasn’t sure if I would manage. A great example of this was passing my driving test in Summer. I had started to learn to drive the year before but often got a bit panicky behind the wheel, resulting in me stalling the car multiple times during a lesson. When it came to my test, something in my brain appeared to kick in and I had my smoothest drive to date, coming out with only two minors and passing my test. I knew that somewhere I had the ability to pass my test, I just wish it hadn’t taken so long to crop up. Now for better or worse, I am a qualified driver.

Summer was also when I got my first job at a coffee shop in Aberdeen. I wasn’t sure what to expect from working seven or eight hours a day so I’m a little surprised I loved it as much as I did. I wish I had gotten a job in Edinburgh when I moved back in September but as I fell so far behind in my uni work, it’s probably for the best that I didn’t. This year I’d definitely try getting a job again, preferably in a coffee shop because it was something that I really enjoyed doing. There are of course financial benefits meaning that I can become more independent and save money for interrailing this year.

Perhaps my favourite highlight of 2018 was visiting Paris in Summer. Those of you who know me will also know that it is my dream to live there and my week in the city gave me a taste as to what it would be like. That point in my life is a long way off, especially because my French is dreadful but I loved the freedom of being in my favourite city and following my own agenda. It’s really an attitude that I should take with me in Edinburgh. It’s my life, whether it’s in Paris or not and I should follow my own opinions and not be as heavily influenced by the opinions of others. 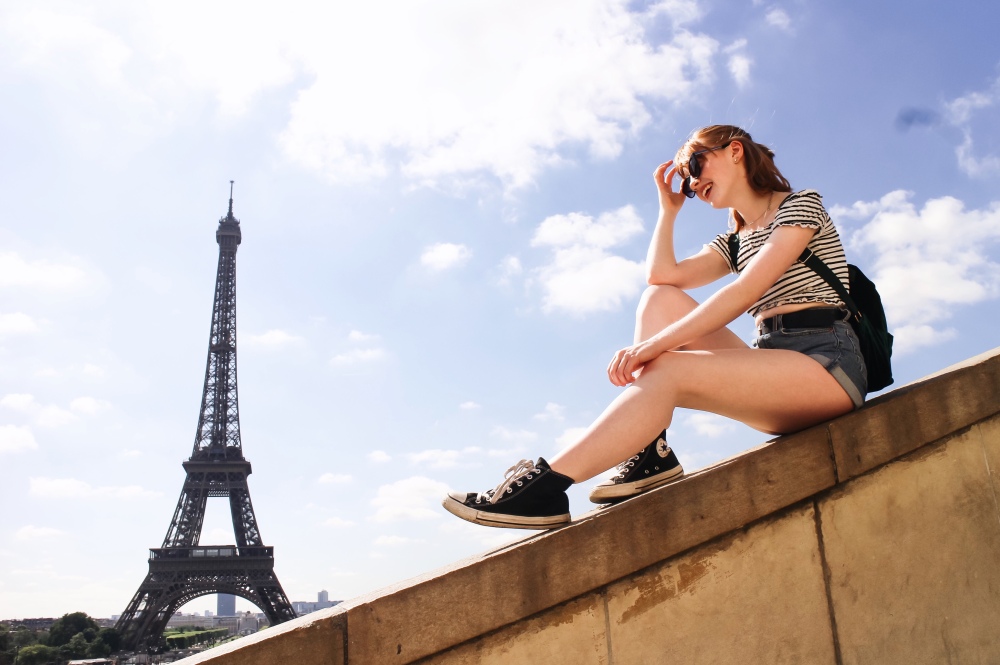 It was after Summer when I began to become more honest with myself about how I was a bit stuck in my life. Not only was I trying to cope with mental health problems, I realised how much I hated my course at university. If next semester doesn’t go well, there is a very high chance I will not be studying Music Technology this time next year. I miss the time where I was excited about where I was going but lately I’ve not been going anywhere. I’m just stuck in a degree that I don’t understand or enjoy and wishing I could be anywhere else.

In 2018, I just accepted the fact that I wasn’t happy and got on with my life but now it’s time to make a change. My mental health has held me back from so many things and I don’t want it to stop me from getting what I want anymore. I’ll keep up my blog writing as a way to release all my anxieties (but getting rid of Progress Updates, thank goodness) and a way to have something that I’m proud of and still love to do.

In 2019, I hope that I treat myself with respect and realise that I am worth more than I make myself out to be. I hope that I become unapologetic for who I am and stop saying sorry so much. But most of all I hope for 2019 to be the year of self-validation where I learn to love myself as freely as I love others. 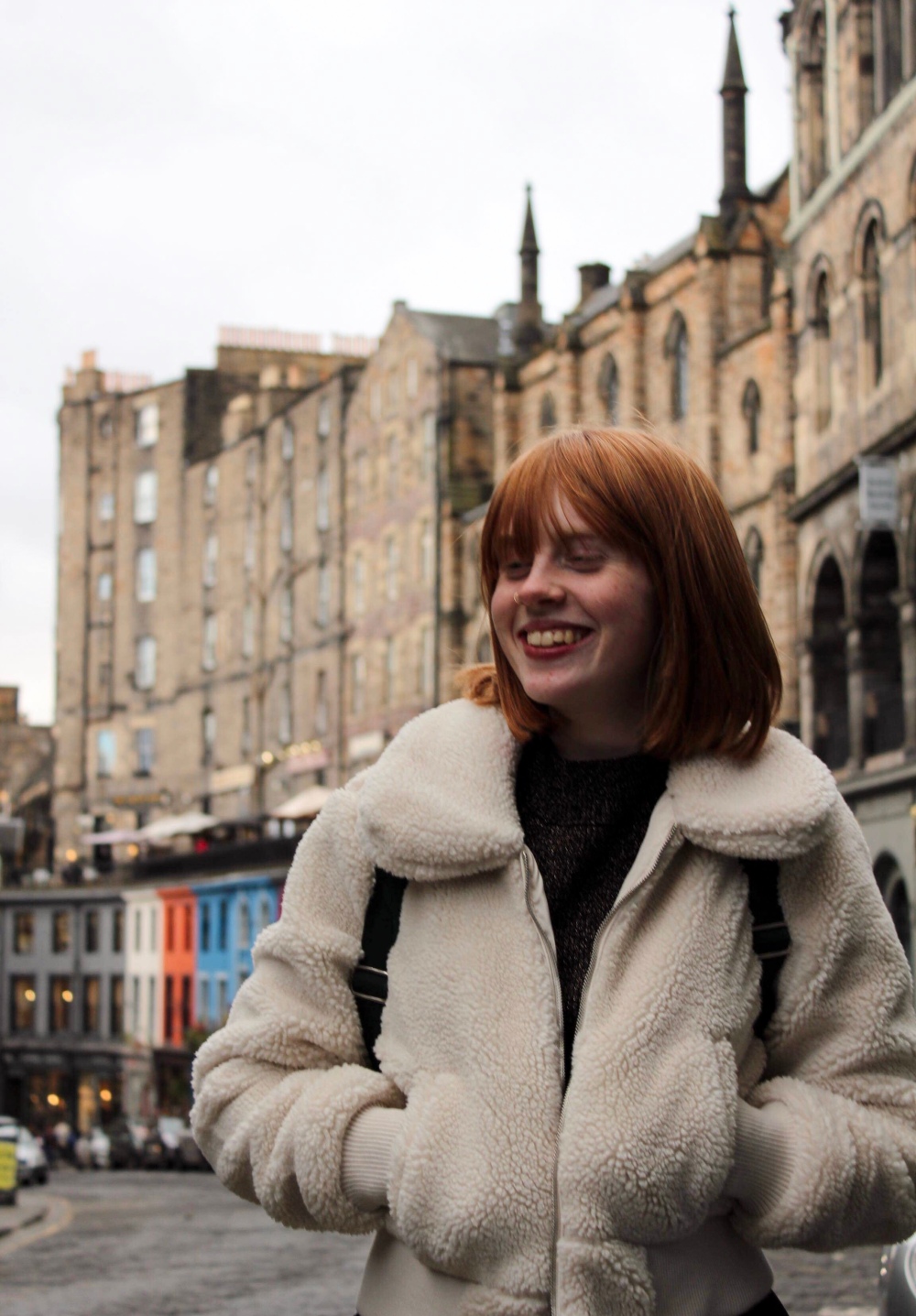